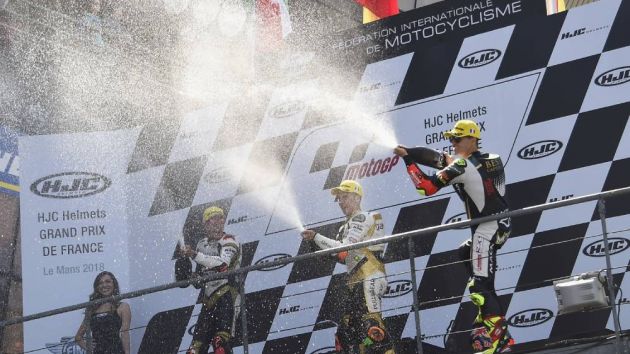 MotoGP's French Grand Prix will be available for fans to watch in the UK live on the ITV4 commercial network.

There has been no formal announcement of an expanded rights deal for the broadcaster, which airs MotoGP highlights, but the race at Le Mans has been added to its schedule. The French GP will be the first MotoGP event available on a free-to-air channel in the UK since 2013, when it was broadcast on the BBC public service network.

‘The Grand Prix of France. All the action from the Moto3, Moto2 and MotoGP races in the fifth round of the season at Le Mans,’ reads the listing. ITV appears to be providing comprehensive coverage, with the schedule detailing: ‘Commentary from Steve Day and Matt Birt and pitlane reports by Simon Crafar.’

From 2003 until 2013, the BBC was the series’ UK broadcast partner, but since 2014 BT Sport has held exclusive rights and recently renewed them until 2024.

Going behind a paywall has seen UK live race viewership for MotoGP decline in comparison to the BBC era. Currently, ITV4 shows race highlights on the Monday after a race weekend.