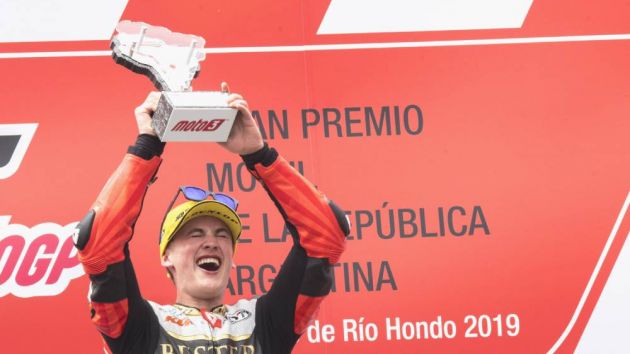 Global motorcycling championship MotoGP has announced the cancellation of its Argentina Grand Prix for the second year in a row.

The ongoing impact of the Covid-19 pandemic alongside infrastructure damage to the Termas de Rio Hondo circuit following a fire has meant the race will no longer take place in 2021.

Earlier this year, the race was postponed from April until the final quarter of the 2021 season but it now joins cancelled rounds in Australia, Thailand, Japan and Finland.

News of the announcement means that the 2021 MotoGP calendar, comprising of 18 Grands Prix. has officially been confirmed.

'The final calendar for the 2021 FIM MotoGP World Championship can now be confirmed,” read a series statement. 'The 2021 season will comprise a total of 18 Grands Prix, with no more events to be added.

'The event was previously postponed, but the ongoing Covid-19 pandemic, logistical restrictions and prior infrastructure damage have obliged the cancellation.

'MotoGP looks forward to returning to Termas de Rio Hondo in April 2022 to greet the incredible fans who flock to the venue from across South America, with all parties working towards extending the collaboration for further years.'

Additionally, MotoGP promoter Dorna Sports has revealed the name of the series' second race in Misano, Italy, which replaced the cancelled round in Malaysia.

To be held from 22nd to 24th October, the event will be named the Gran Premio Nolan del Made in Italy e dell’Emilia Romagna, with helmet manufacturer Nolan set to recieve prominent branding and title sponsorship.