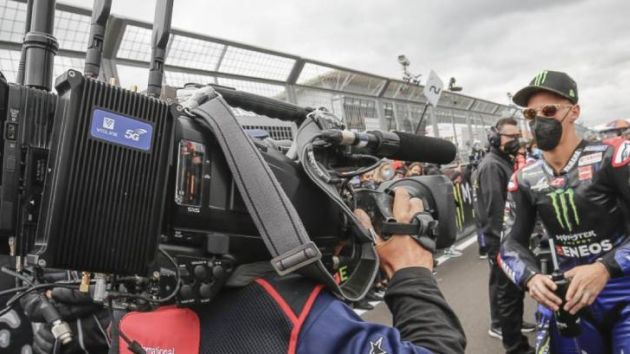 During MotoGP's recent British Grand Prix, live pictures were broadcast to a worldwide audience from a 5G handheld camera from the grid, while an onboard 5G camera also displayed pictures from the back of a test motorcycle.

As part of the collaboration, Vislink supplied a 5G wireless camera transmitter and a 5G motorcycle onboard transmitter. These were linked to a standalone 5G network created by the University of Strathclyde which covered the pitlane, paddock and a section of the Silverstone circuit.

The images produced were supplied to Dorna Sports' production department which then shared them with its broadcast partners, including BT Sport.

"This was a successful collaboration between partners showcasing the power of a standalone 5G network to enhance sports production," said Andy Beale, chief engineer at BT Sport.