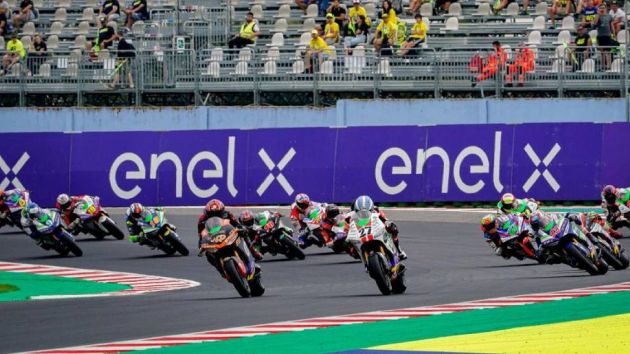 Electric motorcycling series MotoE has announced an update to its qualifying format for the 2022 season.

The three stakeholders agreed to alter the qualifying regulations and add two extra races to the MotoE calendar in 2022.

The current 'e-pole' format will be replaced by more traditional qualifying sessions. It will begin with a ten-minute long qualifying one (Q1) session, then a ten-minute break, followed by a second qualifying two (Q2) session.

Q1 will be made up of the ten slowest riders from the combined results of the two practice sessions, with no limitations on the number of laps.

Following that, Q2 will be comprimised of the fastest eight riders from the practice sessions, plus the two fastest riders from Q1.

Dorna said in a statement: ‘Starting from 2022, standard MotoE events will feature two free practice sessions and a qualifying on Friday, and two races: one on Saturday and the other on Sunday. Each race will normally be after the Grand Prix classes.'