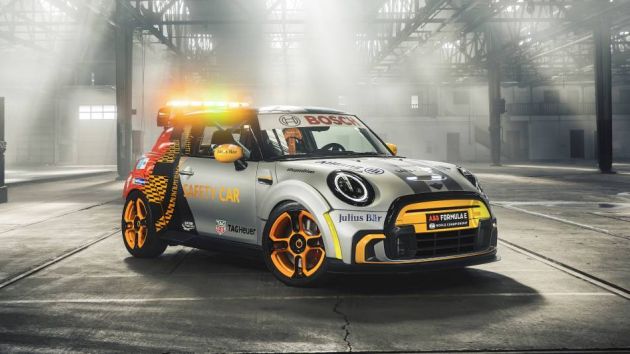 Electric single-seater series Formula E has announced that the Mini Electric Pacesetter will assume safety car duties for the championship at select rounds of the 2021 season.

The Mini will share duties with the BMW i8 Roadster, which has been the safety car of the series since 2019.

The Mini is set to debut for the Rome-based rounds of the championship on 10th and 11th April.

Mini owner BMW is set to exit Formula E at the end of the current season after it announced that it had "essentially exhausted the opportunities" to develop within the series.

"Formula E and Mini are both known for being original, unpredictable and accessible to everyone," commented Jamie Reigle, chief executive at Formula E.

"We share a progressive global mindset and are committed to an all-electric future. We look forward to watching Mini lead the way through the streets of Formula E’s iconic host cities, demonstrating the dynamic performance and urban appeal of all-electric vehicles."