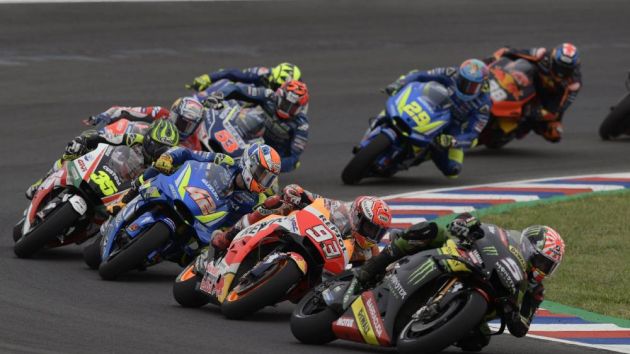 As part of the agreement, the event will be named 'The Gran Premio Michelin de la República Argentina'.

Michelin has been the sole tyre supplier to MotoGP since 2016 and the electric MotoE championship since its inception 2019. The company also partners with MotoGP's esports series.

"We are delighted to announce Michelin as the title sponsor for this year’s Grand Prix at Termas de Rio Hondo," said Marc Saurina, senior director of global commercial partnerships at Dorna Sports.

"Michelin is a vital partner for Dorna Sports and an integral part of MotoGP, MotoE and the MotoGP eSport Championship, and we’re very proud to see the Michelin name take top billing at a Grand Prix once again in 2022.”