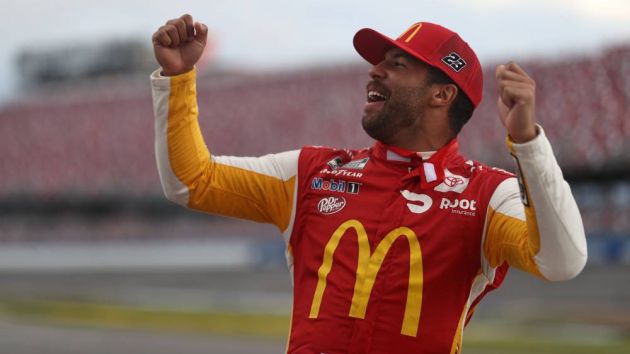 As part of the new deal, the fast food restaurant chain will be the primary sponsor for Bubba Wallace's number 23 Toyota and Kurt Busch's number 45 Toyota for several races during the season. This will include the annual Daytona 500 event for Wallace.

McDonald's was the primary sponsor for Wallace across eight races in 2021, including his maiden win at Talladega Superspeedway.

"McDonald’s has really stepped up over the years and played a large part in my career," said Wallace.

"Getting McDonald’s back to victory lane for the first time since 1994 and having them on our Camry for my first win in the Cup Series this year was really special. To be a part of the McDonald’s family and be involved in programmes like Black and Positively Golden and work toward similar goals both on and off the track also means a lot to me.

"I’m excited to continue to build on our relationship and get the 2022 season started with McDonald’s on our Camry TRD for the Daytona 500 – hopefully with another trip to victory lane."