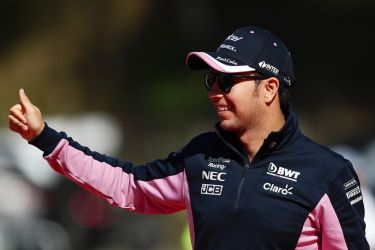 Organisers of the Mexican Grand Prix have announced the race will remain on the Formula One calendar beyond 2019.

The event’s initial five-year contract was up at the end of this season and the future of the race had been under threat after the withdrawal of significant public funding from the Mexican government. President Andres Manuel Lopez Obrador recently said the money being spent was needed for other tourism projects.

Now, the race is set to stay at the Autodromo Hermanos Rodriguez circuit, after Mexico City mayor Claudia Sheinbaum confirmed a group of businessman would help cover the annual cost of hosting, estimated at US$45 million. Additional reports say the new deal will run through to 2022.

A statement released via the race’s official Twitter feed said: ‘The City of Mexico's #FIESTA will continue! Thanks for being the best fans on the planet. Stay tuned on our social channels tomorrow to know all the details.’

The Mexican Grand Prix was one of five races up for contract renewals this year, alongside Germany, Italy, Spain and the UK. All are now expected to stay on the Formula One schedule past 2019, with the exception of the German event after the sport’s chief executive Chase Carey admitted talks regarding a renewal were “complicated”.