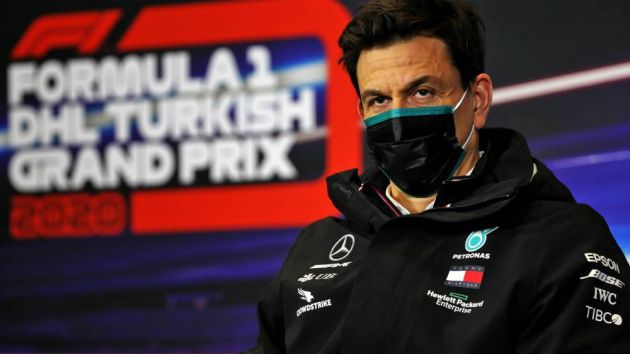 Mercedes Formula One team principal Toto Wolff has backed the idea of a London Grand Prix, calling on city mayor Sadiq Khan to get behind the plans.

The concept of a second Formula One race in the UK has long been discussed by series bosses, with the Docklands area in London put forward as a possible race location.

During the spread of the Covid-19 pandemic in 2020, discussions were put to one side, but Wolff has now backed the idea, calling on Khan and UK Prime Minister Boris Johnson to support it.

"I like that we have a Grand Prix in Silverstone as this is what the fans love and Silverstone is part of the traditional circuit of races in Formula One," he told the Evening Standard.

"But racing in London would top everything and I hope that the mayor of London and Mr Johnson read this and we get that going.

"We have the most efficient hybrid engines in the world and the current superstar is a British guy so racing in London showcasing our technology and our innovative capability, let’s go.

Previous Formula One boss Bernie Ecclestone showed interest in a London race, offering up UK£35 million (US$50 million) to add it to the calendar.

As Formula One was acquired by US media giant Liberty Media, the series explored the possibility of a race in the UK capital.

One of Khan's ambitions during his second term as mayor is to promote sport in London, including pushing for the return of the Olympics as early as 2036.