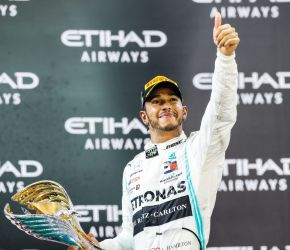 The Mercedes Formula One team have signed a new technical knowledge-sharing agreement with Ineos’ sports division.

The partnership will allow the various team’s experts to use a shared knowledge pool to investigate all areas of potential improvement, from design and precision engineering, to aerodynamics and simulation.

Toto Wolff, Mercedes’ chief executive and team principal, said: “The technological demands of Formula One mean we are well-placed to support with advanced technical challenges in specific areas of sailing and cycling, with a particular focus on aerodynamics and the manufacturing capability around key components, all extremely relevant to the design race of the modern-day America’s Cup, and elite road racing.

Sir Jim Ratcliffe, founder and chairman of the Ineos petrochemicals company, added: “As with cycling and sailing, Formula One is a sport that successfully blends human and machine performance, so we are in a strong position to learn from each other.

“Collaboration and innovation are a key part of success across our sports teams, which is strengthened by this partnership with Mercedes.”

Mercedes have won the Formula One constructor’s championship in each of the last six seasons, whilst Team Ineos are one of cycling’s most dominant forces with ten Grand Tour wins since being founded in 2010. The 36th America’s Cup in 2021 will be Ineos Team UK’s first attempt to claim the title, having launched as a British entrant in 2018.