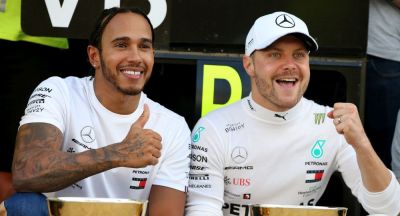 The slight increase in expenditure though was in stark contrast to 2017, when Mercedes spent an additional UK£45.9 million (US$56.4 million) compared to 2016 as a result of major Formula One rule changes, which called for more research and development investment. That figure is set to fall in 2021 when a cost cap is introduced to the sport, although Mercedes is yet to sign up to this.

One factor for the team’s reluctance to get on board with the spending trim is the inevitable reduction of staff numbers required in order to meet the cost cap. In 2018, Mercedes saw its employer numbers rise from 912 to 968, including 38 in design, manufacturing and engineering, as it looked to maintain its place as the dominant force in Formula One. This saw their wage bill increase UK£6.5 million (US$8 million) to UK£93.7 million (US$115.4 million).

The marketing revenue contribution of Mercedes’ parent company Daimler AG to the team's budget is listed as UK£64.3 million (US$79.2 million), approximately UK£4m (US$4.8 million) more than 2017.

That jump can be attributed to the team’s 24 per cent share of Formula One’s TV coverage in 2018, which represents an advertising value equivalent (AER) of US$3.7 billion for their commercial partners, such as Petronas, UBS and Tommy Hilfiger.

However, UK£25.3 million (US$31.2 million) of that UK£64.3 million went back to Daimler AG, generated by the leasing revenue from other teams who use the power units supplied by Mercedes’ High Performance Powertrains (HPP) subsidiary.

Mercedes said in its filing: ‘The Mercedes-Benz brand has grown in value from US$31.9 billion in 2013 to US$48.6 billion in 2018 (as measured by Interbrand), with F1 making an important contribution to the brand's status as the eighth most valuable in the world.’