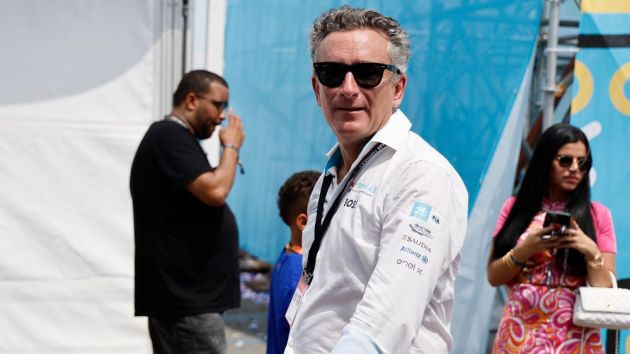 Formula E chairman Alejandro Agag has said Mercedes “will come back” to the all-electric series after one last “combustion party” in Formula One.

Speaking to the Evening Standard’s ‘How to be a CEO’ podcast, Agag discussed the fluid nature of manufacturers involved in the series.

“We’ve got a lot of manufacturers in, some left, some came back in,” he said. “There’s a lot of movement in the grid. We just got Maserati and McLaren to sign up for the championship next season.

“Mercedes, for example, decided to stop. I’m very good friends with Toto Wolff, the team principal of Mercedes, and I told him that they’re having the last combustion party.

“They’re racing as much as they can with gasoline until they cannot race with it anymore, and then they will come back.”

The German automaker has been a powerhouse in Formula One since 2014, but has recently experienced success in the all-electric alternative.

Last weekend, Stoffel Vandoorne wrapped up his first championship, making it back-to-back drivers’ championships for the Mercedes-EQ team after Nyck de Vries won the year prior.

Losing a team like this is certainly a negative for the series, but Agag is in a buoyant mood about its future prospects.

These numbers are a success story for a series that struggled to make ends meet throughout Covid. Formula E was unable to replicate the comparative ease with which Formula One was able to organise its races.

“We had a really difficult Covid [period] where the races were really difficult to set up,” Agag outlined. “We had to do city races in one location, it was a big break in the momentum we were having.

“[However], the momentum was so high before Covid that, even if we slow down, we’re still in a very, very good place. We’re recovering very strong [sic].

“The race in Jakarta was incredible, huge turnout, great passion from the fans. Monaco was huge. We are bouncing back very strongly.”

This lines up with comments made by Alberto Longo, the chief championship officer of Formula E, who goes one step further than Agag.