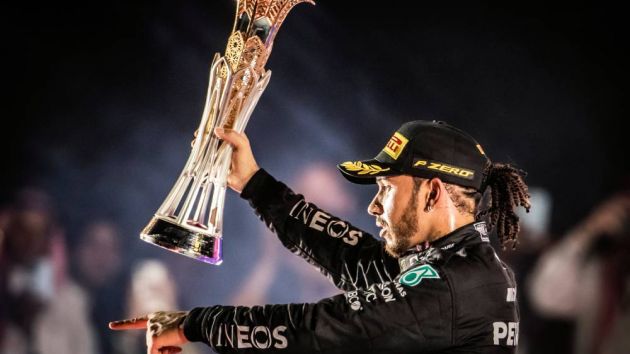 Mercedes-AMG have ended their controversial sponsorship agreement with insulation firm Kingspan, the Formula One team have confirmed.

On 1st December, Mercedes announced the partnership with Kingspan, which the Daily Mail reports was worth UK£4 million (US$5.2 million), that would see the company's branding feature on the car for the final two races of the 2021 season in Saudi Arabia and Abu Dhabi.

On 1st December, the Formula One team announced a partnership with Kingspan that would see the company's branding feature on the car for the final two races of the 2021 season in Saudi Arabia and Abu Dhabi.

However, the deal resulted in significant backlash. Kingspan is involved in the ongoing public inquiry into the 2017 Grenfell Tower tragedy, where 72 people lost their lives in a fire that was found to have spread rapidly due to unsafe cladding, some of which was provided by the Irish-based company.

Now, Mercedes-AMG and Kingspan have mutually agreed to end the deal after recognising that the sensitivity surrounding the Grenfell tragedy and the inquiry made it 'inappropriate to continue'.

This decision was made following discussions between Mercedes-AMG team principal and chief executive Toto Wolff, Kingspan, the UK government, as well as survivors of the Grenfell Tower tragedy.

A statement from the team read: 'The Mercedes-AMG Petronas F1 Team and Kingspan today announced that they have mutually agreed to end their partnership.

'However, both parties have subsequently concluded that it is not appropriate for the partnership to move forward at the current point in time, notwithstanding its intended positive impact, and we have therefore agreed that it will be discontinued with immediate effect.'

Billed as a sustainability-focused deal when signed, the termination will also see Kingspan's branding removed from Lewis Hamilton and Valtteri Bottas' cars for the Abu Dhabi Grand Prix this weekend.

Over the most recent race weekend, Hamilton sought to distance himself from the deal, stating "it is really nothing to do with me".