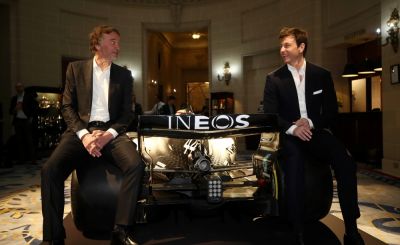 Formula One champions Mercedes have quashed reports that petrochemicals giant Ineos is in talks to buy the team.

According to the Daily Mail, the Silver Arrows were close to agreeing a UK£700 million (US$899 million) deal that would have seen Ineos, which is headed up by British billionaire Jim Ratcliffe, take a 70 per cent stake in the motorsport outfit.

Former Formula One team boss Eddie Jordan told the UK newspaper that the team would be renamed Ineos but still be run from Brackley, with Mercedes retaining a 30 per cent share. He added that team principal Toto Wolff would no longer be in charge.

The report, published on the eve of the Tuscan Grand Prix on 13th September, was quickly dismissed by Wolff when asked about it.

“People pick up bits and pieces and construct a story around it,” said Wolff. “Daimler [Mercedes’ parent company] has no intent in giving up the team and Ineos has no interest in buying a majority of the team and calling it like this and I have no reason to depart from my shareholding. So plenty of things that are made up.

“The future of the team is absolutely clear. It’s the Mercedes AMG Petronas F1 team and nothing is going to change that.”

Earlier this month, Wolff had looked to end speculation about his future with Mercedes after confirming he would stay with the team for the 2021 season, though his role is yet to be finalised. The Austrian also holds a 30 per cent stake in the team.

On the track, Mercedes are well on course for their seventh straight drivers’ and constructors’ championships after Lewis Hamilton claimed his sixth win in nine races at an incident-strewn Tuscan Grand Prix.