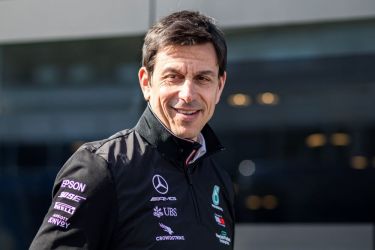 Reigning Formula One champions Mercedes made a post-tax profit of UK£14.7 million (US$19.3 million) in 2019, according to the team’s latest published accounts.

Mercedes spent UK£333 million (US$438 million) in 2019 as they wrapped up their sixth consecutive drivers’ and constructors’ championships, but were still able to improve slightly on their 2018 profit showing, which came to UK£12.6 million (US$16.6 million).

Year-on-year (YoY) turnover climbed from UK£338.4 million (US$445.2 million) to UK£363.6 million (US$478.3 million) thanks primarily to increased sponsorship and marketing revenue.

The accounts add that the team were boosted by a 23.6 per cent share of television coverage, which helped generate a cumulative television advertising value equivalent (AVE) of US$5.406 billion for the Silver Arrows’ commercial partners.

Malaysian oil and gas company Petronas is currently the team’s title sponsor, having agreed a new deal in 2017 worth a reported US$39.5 million per season. Other key partners in 2019 included UBS, Epson, Bose, Hewlett Packard Enterprise and Monster Energy.

Meanwhile, team principal Toto Wolff has said he will stay with Mercedes for the 2021 season, though his role is yet to be decided.

The Austrian’s future has been under increased speculation of late, with his contract due to expire this year. The 48-year-old has also even been touted as the next Formula One chief executive, though Wolff has played down those suggestions.

Following the Italian Grand Prix on 6th September, Wolff has said he would be “involved one way or another” with Mercedes.

“I love this team and I think this is my place,” Wolff said. “It is just [that] eight years as a team principal is taking its toll and it is something I am reflecting on.

“It is important to take the right decision for my family or myself but you can [be] sure I will be involved in this team in one way or another.”

As well as heading up Mercedes’ Formula One outfit, Wolff holds a 30 per cent stake in the team and runs their junior driver programme.

In August, Mercedes joined Formula One’s nine other teams in signing up to the sport’s new Concorde Agreement, which will govern the global motorsport series from 2021 to 2025. The agreement, for which Mercedes had initially led calls for revisions on, aims to produce a more equitable split in prize money.