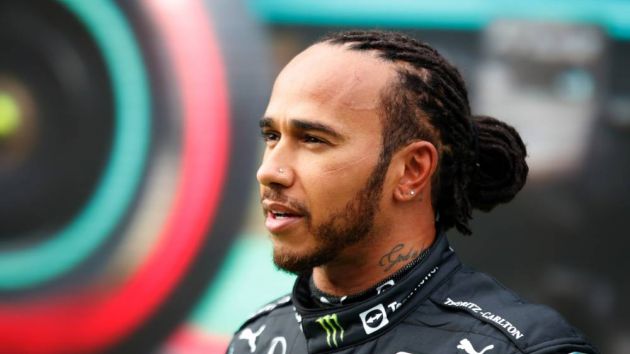 Formula One team Mercedes-AMG have announced a new partnership with the Association for Black and Minority Ethnic Engineers UK (AFBE-UK).

AFBE-UK's mission is to inspire people of BAME origin to study engineering and increase diversity in the UK's engineering workforce.

As part of the agreement, Mercedes-AMG and AFBE-UK will work together to increase the talent pool of people from BAME backgrounds within the team and the wider engineering industry. The partnership will focus on five key areas: advisory, recruitment, education, work experience and events.

The partnership between Mercedes-AMG and AFBE-UK will also seek to help the team reach their goal for at least 25 per cent of new employees to come from under-represented groups by 2025.

"We are delighted to have joined the Association for Black and Minority Ethnic Engineers UK," said Paul Mills, chief people officer at Mercedes-Benz Grand Prix.

"As part of our Accelerate 25 programme and commitment to improving diversity within our team and our sport, we have begun to identify organisations who can provide valuable knowledge and support as we raise our efforts on this journey.

"AFBE-UK’s wealth of experience in working with organisations and engineering professionals to encourage and support engineers from Black and minority ethnic backgrounds into engineering is a perfect fit as we look to widen our appeal and increase the diversity of the talent within our team.

"We very much look forward to working with AFBE-UK and learning from their valuable expertise as we make progress toward our ambition of improving the diversity of our team."

Meanwhile, Mercedes-AMG have denied rumours that their title sponsor Petronas is set to be replaced by Saudi Arabian oil firm Aramco at the end of the 2021 season.

In 2021, petrochemicals giant Ineos increased its stake in the Mercedes-AMG team as an equal partner with team principal Toto Wolff and Daimler.

Ineos is currently working alongside Aramco on the construction of a plant in Saudi Arabia, and the collaboration sparked rumours that Mercedes-AMG would part ways with Petronas in favour of the oil company.

Although the team did not comment about a possibility of an agreement with Aramco in the future, Mercedes-AMG reiterated their contract with Petronas still has multiple years remaining.

A spokesperson for Mercedes-AMG told GPFans: "Petronas and Mercedes have been partners since 2010 in a collaborative long-term relationship that is mutually beneficial to both parties.

"Last year, we extended our partnership for another multi-year cycle and we are proud to continue to be working together to deliver cutting-edge performance."

Elsewhere in Formula One, the Alpine F1 team have expanded their partnership with cyber security firm Mandiant to cover the team’s esports branch.

The new partnership is set to last until 2023, with Mandiant on board to help the Alpine Esports team to combat cyber threats as they compete in Formula One's Esports Series Pro Championship.

In addition, Mandiant branding will feature across Alpine Esports' in-game liveries, streaming assets and media for the duration of the partnership.

"It is very exciting to see Mandiant diversify their involvement with the Alpine brand, expanding our partnership from Formula One to esports," said Cedric Journel, vice president at Alpine Sales and Marketing.

"We have established a strong relationship based on trust, excellence and innovation. Our growth and results in esports have been positive and to take the next step we need trusted partners that will assure our security as we focus on performance.

"We have already seen marked benefits in Formula One and we are looking forward to putting all our learnings into the esports arena."