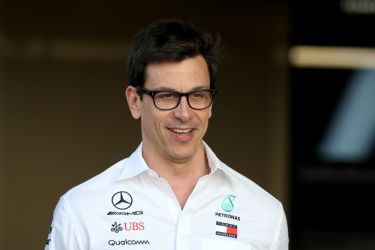 Mercedes team principal and chief executive, Toto Wolff, has confirmed the Formula One team’s involvement in the global motorsport series through 2021.

Ola Kaellenius, chief executive of the team’s parent company Daimler, was recently forced to deny a report that Mercedes were looking to leave Formula One as it sought to make savings.

Wolff has now put an end to the speculation that Mercedes could leave the sport, telling Auto Motor und Sport: “Mercedes will definitely drive in 2021. We want to stay because Formula One makes sense for us."

Wolff did, however, admit that they are yet to sign Formula One’s new Concorde Agreement, which covers commercial arrangements with series owner Liberty Media, as well as the International Automobile Federation (FIA) governing body. The existing contract is set to expire this year.

“The basic conditions must be right. We want to have a Concorde Agreement that we can live with,” he added. "That doesn't mean that we always want more, but it does have to be a well-balanced contract, not just for us but for the smaller teams as well."

Having overseen a period of sustained success for Mercedes, Wolff has also been linked with a move away from the team and has even been touted as the next Formula One chief executive.

Despite these reports, Wolff insisted: “I enjoy my role. How many can say that they have a joint venture with Mercedes?

"They have given me a long enough leash that I can lead the team in a way that I think is best for the team.

"We are still developing as a team and have almost tripled in the past seven years. It became a real company and the job turned into a real management task.”