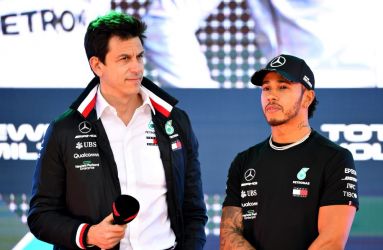 The board of the Mercedes Formula One team will meet on 12th February to decide whether to quit the global motorsport series at the end of the 2020 season, according to a joint report from Autocar and RaceFans.

Mercedes have been the dominant force in Formula One since 2014, winning six straight drivers’ and constructors’ championships apiece. But with their current Formula One contract expiring at the end of this year’s campaign, their parent company Daimler is reportedly weighing up an exit.

After announcing a shortfall in profits of several billion pounds in 2019, Daimler is under increasing pressure to make savings and announced plans to cut at least 10,000 jobs in November last year.

The automotive giant has spent billions on Mercedes’ Formula One programme since reviving the team a decade ago. However, according to the report, Daimler is uneasy with the decadence of the global motor racing series being at odds with the harsh reality of extensive job cuts.

Mercedes’ departure would also cast doubt over its engine operation in Formula One, which stretches back to 1994. It currently has deals to supply power units to McLaren and Williams in 2021, with the latter running until the 2025 season. It also supplies engines to the Racing Point team.

Stroll is considering an investment in Aston Martin, potentially paving the way for Mercedes to be rebranded as Aston Martin next year.

The speculation continues to cast doubt on the future of defending champion Lewis Hamilton. The Brit has one season remaining on his UK£40 million (US$52 million) per year contract and has been linked with Ferrari, who are likely to have a vacant seat in 2021 alongside Charles Leclerc.

Update: Following the report, Daimler chief executive Ola Kaellenius has insisted the speculation is “not true”, when asked at the German Auto Industry annual reception in Berlin if Mercedes was looking to leave Formula One.

A Mercedes source also apparently told Reuters that the alleged 12th February meeting had not been scheduled.