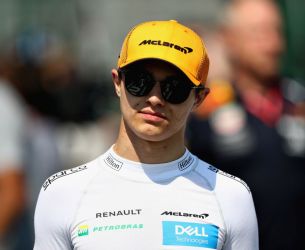 Petrobras, the Brazilian state energy multinational, will end its sponsorship with the McLaren Formula One racing team less than 18 months into their technical partnership deal.

The decision was announced by Osmar Terra, Brazil’s minister of citizenship, who said the company’s deal with McLaren, signed in February 2018 and worth a reported UK£10 million (US$12.8 million), failed to represent value for money.

Despite Petrobras’ eagerness to sever ties with McLaren, it is expected the company will have to pay a fee to terminate its contract early.

Speaking to Brazilian news magazine Veja, Terra said: “It does not make the slightest sense, it’s an absurdity. This whole amount to have the little name on the helmet.”

Contrary to Terra’s assertion, McLaren’s deal with Petrobras also includes the company’s logo appearing on the car, team facilities, as well as the driver and pit crew uniforms. But clearly Terra still considered the agreement as not financially viable as it looked to use the McLaren brand to promote Petrobras globally and develop new products.

The Formula One team was also set to use Petrobras fuel for the 2019 season, switching from BP Castrol, to power its new engines supplied by Renault this year. But having chosen to delay making the transition due to ongoing development issues, it remains doubtful if this will ever happen now the sponsorship deal with the company is ending prematurely.

Doubts had already been cast over the future of the partnership ever since Brazil’s president Jair Bolsonaro entered office in January 2019. Roberto Castello Branco, Petrobras president, told the country’s GloboNews channel: “It does not make sense for a company from an emerging, lower-income economy country to fund a competition team from a developed country.”

With numerous sponsors already on board, including Pirelli, Dell and Coca-Cola, the surprise loss of Petrobras is still likely to be a blow to McLaren as the company provides transmission oil for the team’s cars as part of their deal.

If the split is confirmed this season, it will leave McLaren searching for a new technical partner only five races into the season.