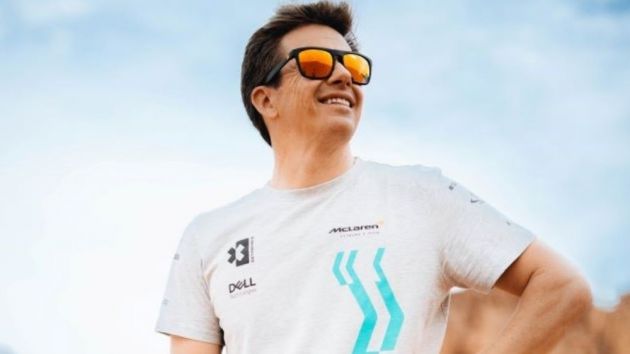 McLaren Racing have announced a partnership expansion with SunGod for the brand to become the official fan eyewear licensee of the McLaren Formula One Team and the McLaren MX Extreme E Team from 2022.

SunGod joins the McLaren Extreme E programme for its inaugural season in the race series, which aims to highlight remote environments under threat from climate change.

The partnership expansion represents McLaren and SunGod’s unified sustainability values. SunGod is a certified carbon neutral company and since the start has aimed to make better, more sustainable eyewear to the highest standard.

SunGod will continue its support of the McLaren Formula One Team, now as an official fan eyewear licensee. McLaren and SunGod will release new 2022 limited-edition models co-designed by McLaren F1 drivers Lando Norris and Daniel Ricciardo.

Each pair of sunglasses will combine SunGod’s premium 8KO lens technology and ultra-durable Adventureproof frame, alongside a McLaren-branded lens engraving.

SunGod branding will be carried on the helmets of Lando Norris and Daniel Ricciardo from the 2022 Formula 1 season.

Lindsey Eckhouse, Director, Licensing, ecommerce and esports, McLaren Racing, said: “It’s fantastic to expand our partnership with SunGod. Following the popularity of our 2021 design collaborations inspired by Lando and Daniel, we’re excited to see our fanbase’s reaction to the new editions.

“We’re also thrilled that SunGod are joining our Extreme E journey. Racing in this series represents our mutual commitment to promoting sustainability by driving authentic change through what we do together.”

Ali Watkiss, co-founder and chief executive of SunGod, added: “We’re incredibly proud to be supporting McLaren Racing, both in Extreme E and F1, in 2022.

“By taking our partnership to the next level, we’re doubling down on our commitment to our shared aims of performance, sustainability and community, as we work together to see The Future in Focus.”