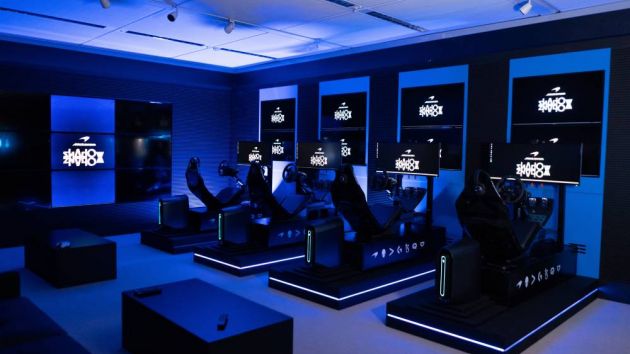 The studio, based at the team's factory in Woking, will be a space for the McLaren Shadow esports team to race, train and create content.

McLaren Shadow's esports partners, which include Alienware, Splunk, Logitech G, Tezos and QNTMPAY, will all be integrated into new studio with branding and other activations.

Alienware, Dell Technologies' gaming brand, will supply PCs and gaming monitors for use in the facility, whilst Splunk will provide data analysis technology and live dashboards.

Meanwhile, Logitech G will kit out the Shadow Studio with pedals, headsets, steering wheels and webcams and blockchain company Tezos will focus on fan experiences.

Additionally, QNTMPAY will operate a fan engagement platform, leveraging the space to allow fans to visit.

McLaren Racing entered the esports space in 2017 under the Shadow brand, with virtual racing entrants now in both Formula One and Nascar’s competitive gaming series.

"We are delighted to launch McLaren Shadow Studio and build on the fantastic work the team has pioneered in the esports space," said Lindsey Eckhouse, director of licensing, ecommerce and esports at McLaren Racing.

"The McLaren Shadow esports team was launched in 2017 when we saw an opportunity in the space between virtual and real racing, to increase accessibility through giving people access to an incredible racing experience.

"We pride ourselves on bridging this connection and helping us evolve into the next chapter by broadening our reach beyond esports into gaming. McLaren Shadow Studio underpins McLaren’s ongoing commitment, with the support of our fantastic partner network driving our performance and progress."