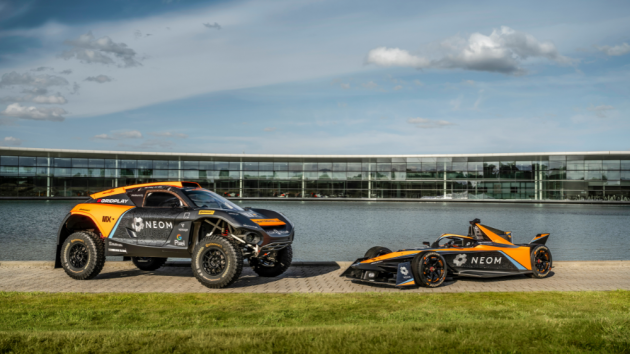 McLaren Racing has announced Saudi Arabian smart city Neom will be the title partner for the British outfit’s Formula E and Extreme E teams from the 2022/23 season.

The deal, for which financial terms have not been disclosed, will see McLaren serve as founding and technical partner of Neom coastal city Oxagon’s self-described ‘advanced and clean’ manufacturing ecosystem. As part of this, the McLaren Accelerator programme will, according to the announcement, support the development of sustainable circularity and the next generation of industry.

Additionally, selected candidates from Saudi Arabia will be given the opportunity to take part in a one-year placement with McLaren Racing as part of the Neom Graduate Opportunities in Work (GrOW) programme.

McLaren announced last month that it was entering the all-electric single seater championship Formula E from next season, after acquiring the existing Mercedes-EQ team. It is currently also taking part in its inaugural season in the electric SUV series Extreme E.

“This is an incredible way to kick off our entry into Formula E and to unify our electric racing series,” said Zak Brown, chief executive of McLaren Racing.

“We are thrilled to introduce Neom McLaren Electric Racing and to work with Neom to nurture talent and drive innovation.”

“The partnership will allow us to share our collective resources and experience to yield exciting results, not only for our own organisations, but also for the broader automotive and sports industries.”

Neom is a major tourism project within the Saudi Vision 2030 framework, which is aiming to diversify the kingdom’s economy away from the oil sector. The destination was previously the principal partner of Mercedes-EQ. In March 2021, Neom reportedly entered talks with Formula E to take over hosting Saudi Arabia’s ePrix from Diriyah.

Away from electric racing, Saudi Arabia’s motorsport presence notably extends to Formula One, having staged its inaugural Grand Prix in 2021.

The kingdom’s suitability as a sports host continues to be questioned due to its human rights record and it has regularly been accused of sportswashing.