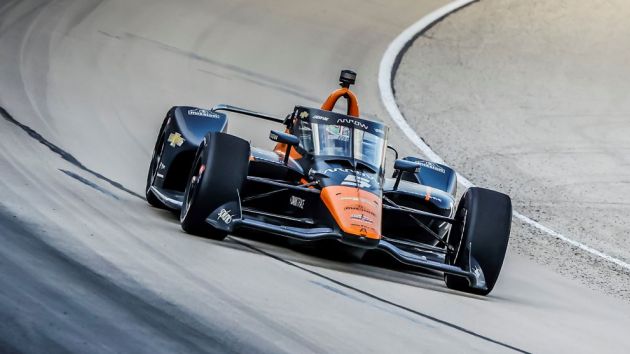 British motorsport outfit McLaren Racing has revealed that it has entered into an agreement to acquire a majority stake in the Arrow McLaren SP IndyCar team.

The transaction, which will close by the end of 2021, will see McLaren Racing take a 75 per cent stake in the IndyCar team. Financial terms have not been disclosed.

As part of the agreement, the Arrow McLaren team will be governed by a new board, which will comprise three new appointees, team founder Sam Schmidt, co-owner Ric Peterson, McLaren Racing chief executive Zak Brown and Taylor Kiel, the president of Arrow McLaren.

It comes after McLaren returned to full-time IndyCar competition in 2020 following a 40-year hiatus through a strategic partnership with the Arrow Schmidt Peterson Motorsports team.

"Today’s announcement is a strong signal of our long-term commitment to IndyCar as both a racing series and a marketing platform for McLaren Racing and our sponsor partners," said Brown.

He added: "McLaren Racing believes IndyCar will continue to build our brand in North America, serve our expanding US fan and partner base across our racing portfolio and drive long-term value. The racing is second-to-none, with world-class competitors in both drivers and teams and a passionate, highly engaged fanbase.

"We see real potential for the series’ continued growth under the stewardship of Penske Entertainment [IndyCar owners] and will continue to play an active role supporting the sport’s success, growing the global fanbase and implementing our sustainability agenda to deliver on environmental and social commitments, including progressing diversity and inclusion in the industry."