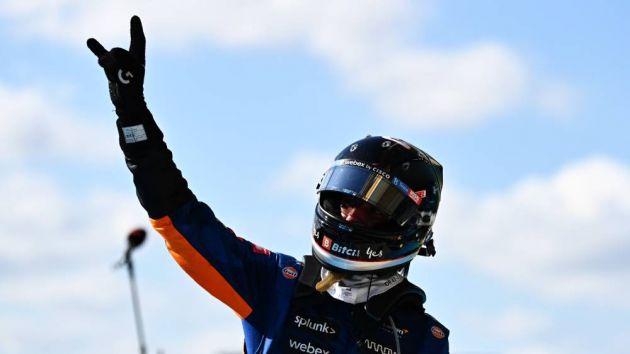 The bursary is aimed at supporting those from under-privileged backgrounds to forge a career in the creative industry, but are prevented from doing so due to financial restraints.

As part of the agreement, Creative Access surveyed 1,900 people looking to pursue a career in the creative industry to discover how financial factors impact careers.

The survey discovered that 77 per cent of participants did not apply for a job due to high living and travel costs, whilst 47 per cent said that financial barriers have greatly impacted their career progression.

Aiming to combat this, the McLaren-backed bursary will fund training courses, relocation, software and equipment costs, as well as disability support, care costs and mentoring.

The announcement of the bursary is the first initiative to be implemented as part of McLaren Racing's partnership with Creative Access for the team's Engage Alliance, which was launched in June to diversify talent in motorsport.

"Here at McLaren Racing, we have a strong belief that everyone should have access to the same resources and opportunities within our industry, regardless of financial status or background," said Zak Brown, chief executive at McLaren Racing.

"Driving an inclusive and diverse team is an ongoing and evolving process, and something we are committed to for the long-term. The bursary marks a significant first step in our plans for our workforce to be more representative of the population by 2030, and we are proud to take this step in our journey alongside Creative Access."

"As part of our strategic alliance known as McLaren Racing Engage, and the Formula One #WeRaceAsOne campaign, we are in a unique position where we can influence the wider motorsport industry to diversify talent at all levels and across all functions, while also working on our own culture of inclusion at McLaren Racing.

"Through McLaren Racing Engage and our partnership with Creative Access, we hope to inspire and encourage the next generation of creative talent within our sport and remove the barriers which would otherwise prevent them from utilising their skills and adding value to a racing team such as McLaren."

Elsewhere in Formula One, Williams Racing have extended their partnership with commercial fitness equipment firm Life Fitness for five years.

As part of the extended agreement, Williams Racing's Grove headquarters will be refurbished with Life Fitness' training equipment, which will be used by the staff as well as drivers George Russell and Nicholas Latifi.