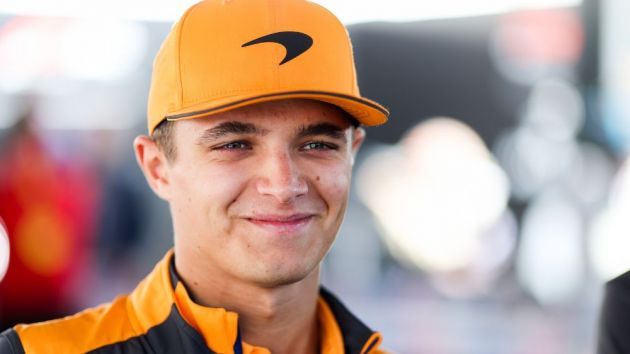 The ‘2021 Sustainability Report’, which McLaren says is the first of its kind from a motorsport team, reveals that the British racing outfit wants to halve its greenhouse gas (GHG) footprint by 2030 and achieve carbon next zero by 2040.

Last year McLaren said they hoped to achieve a net zero carbon footprint by 2030, but the latest report, while broader in scope, extends that deadline by a decade.

One of the new goals is for McLaren to accelerate the transition to a circular economy by researching the development of a fully circular Formula One car, as well as establishing and implementing circulatory practices. The team will look to improve its waste operations, in addition to incorporating sustainability principles early on in the design process, factoring in environmental impacts such as product lifecycle and energy use.

“The time to praise global brands for promoting sustainability as a core value has passed,” said Zak Brown, chief executive of McLaren Racing.

“By now, sustainable principles should be integral to the foundations of every modern organisation and already driving decisions on growth and innovation. I’m proud that with the release of McLaren Racing’s first-ever sustainability report, we are moving beyond awareness and intention and into a new phase of accelerated action and accountability.”

So far in 2022, McLaren has appointed Kim Wilson as its first director of sustainability. The team also deepened its commitment to electric racing in May when it confirmed its entry into Formula E from next season. McLaren will also compete in the electric SUV series Extreme E this year.

“Since joining McLaren in January, my priority has been to develop a report that accurately records our impacts, shows where we are on our sustainability journey and, crucially, lays out a clear picture of the road ahead.

“It’s not only vital that we detail our own positive strides, but that we’re clear on how we align with industry targets, government regulations and guidance, global frameworks, and of course the UN’s Sustainable Development Goals.”

McLaren’s report also included a commitment to diversity, equality and inclusion. The organisation plans for 40 per cent of its employees to come from under-represented groups by 2030. McLaren added that it will positively promote and support the health and wellbeing of its staff.

McLaren’s own hiring data from 2021 shows that 43 per cent of new hires were female and 12 per cent of all recruits last year were from ethnic minority backgrounds.