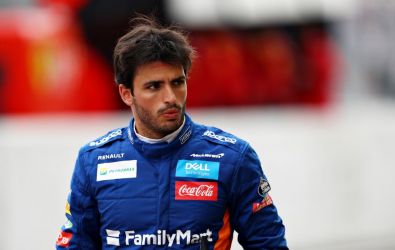 The McLaren Formula One team’s UK£163 million (US$211 million) sponsorship deal with Petrobras, the Brazilian state energy multinational, is set to be officially terminated within a matter of days, according to a report by Brazil’s Ministry of the Economy.

The five-year deal was signed in 2018 and details of how the contractual issues would be handled or motivations for the termination were not revealed in the government papers last week.

The document, which ran through the government's financial plans, said: ‘An unjustifiable Petrobras sponsorship agreement for the McLaren Formula 1 team – worth UK£163million – has been terminated.’

A spokesperson for McLaren said: “Such matters are commercially confidential and therefore we are not able to comment further at this time.”

It was first reported in May that the company was looking to sever ties with the team less than 18 months into their multi-year technical partnership, with Brazil’s Minister of citizenship Osmar Terra describing the deal as an “absurdity” and not representing value for money.

Brazilian president Jair Bolsonaro later claimed that on his order Petrobras, which is 64 per cent owned by the government, would look to end the agreement.

Since then, McLaren and Petrobas have reportedly held talks to discuss terminating the partnership. However, McLaren chief executive Zak Brown remained confident of both parties continuing to work together as recently as the Russian Grand Prix at the end of September.

“As far as fuel and lubricant, we have a partnership with Petrobras, and provisions in our agreement to be able to continue down that path,” Brown said at the time.