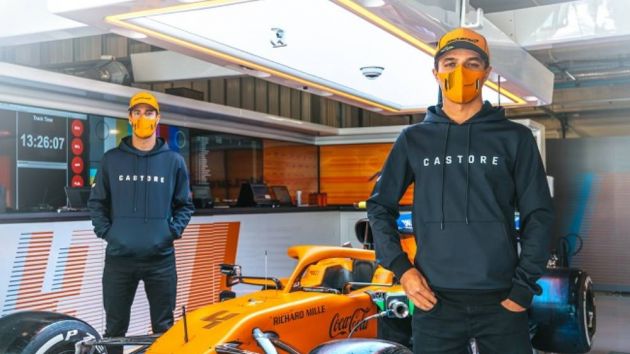 The deal, set to last multiple years, will see Castore become McLaren's official apparel and sportswear partner from 2022 and will provide the team kit.

At the end of 2020, Castore launched a clothing collection with McLaren Automotive and will set out to do the same with the team's Formula One branch.

Castore will also take on McLaren's licensed merchandise programme to provide its fan base with team wear worldwide.

Additionally, Castore branding will feature on McLaren's apparel and the race suits of its drivers, Lando Norris and Daniel Ricciardo.

"Castore are leading innovators in the premium sportswear industry through their performance enhancing range of apparel and we are delighted to announce their partnership with McLaren Racing as official team and sportswear partner of the McLaren Formula One team," said Mark Waller, the chief commercial officer at McLaren.

"We are looking forward to bringing together our passion for engineering excellence to deliver the highest quality product and services for our team, fans and partners."

The 2021 Formula One season continues from 7th to 9th May at Circuit de Barcelona-Catalunya.