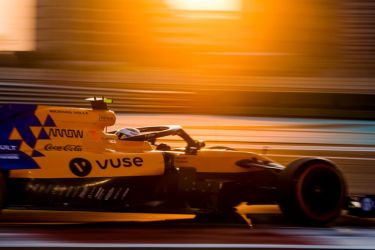 The tie-up, beginning with the 2020 Formula One season, sees FAI Aviation secure branding on the inside of the rear wing endplate of the McLaren MCL35 race car. Further activations are expected to be announced at a later date.

“The FAI Aviation Group is a perfect partner for McLaren Racing,” said Zak Brown, chief executive of McLaren Racing. “Being trusted to provide services to NGO’s and several government agencies underlines the quality and professionalism of the company and its people. We are proud to welcome them as partners from the 2020 season.”

Siegfried Axtmann, group chairman and founder of FAI Aviation Group, added: “The partnership aligns two internationally recognised brands, leaders in their fields, both committed to excellence. We are very excited to become a partner of McLaren Racing enabling FAI to promote its services within the Formula One community.”

It is the second major sponsorship deal for McLaren this month as they ramp up preparations for the 2020 campaign. Earlier in January, they unveiled a multi-year technical partnership with Unilever, which aims to drive development for the consumer goods company across engineering, digital and talent.