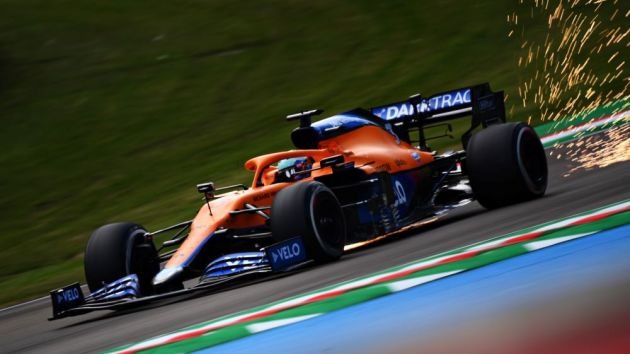 Saudi Arabia’s Public Investment Fund (PIF) is in advanced talks to acquire a stake in McLaren as part of a UK£550 million (US$760 million) equity raise for the Formula One team and automotive manufacturer, according to Sky News.

The deal will reportedly include UK£400 million (US$553 million) of new capital from PIF and global investment manager Ares Management. UK£150 million (US$207 million) is set to be pumped into the company by McLaren’s existing shareholders, which includes Bahrain’s sovereign wealth fund Mumtalakat.

The funding injection was purportedly being finalised on 16th July and could still be delayed.

Sky News adds that the backing of the Saudi state fund could open the doors for a series of commercial deals involving McLaren and the Gulf state.

A large number of PIF’s other investments have been in technology companies, including the electric vehicle startup Lucid Motors. Sky News notes this involvement could be of benefit to McLaren as it develops more hybrid and electric cars. The British-based racing outfit is also due to join the electric SUV series Extreme E from 2022 and has an option to enter the all-electric Formula E championship from the 2022/23 season.

The reported deal with PIF would take the total amount raised by McLaren to significantly more than UK£1 billion (US$1.4 billion) since March 2020. Of that, UK£300 million (US$415 million) of equity came from shareholders. This was followed by a UK£185 million (US$256 million) investment from a consortium led by MSP Sports Capital last December, which took a 15 per cent stake in McLaren. This April, McLaren agreed to the sale and leaseback of its Woking-based factory, which was sold to Global Net Lease (GNL) for UK£170 million (US$235 million).

With Saudi Arabia due to host its first Grand Prix this December, PIF also announced last month that it was backing the E1 electric power powerboat championship ahead of the series’ launch in 2023. The agreement will also see Saudi Arabia considered as a race location.

Staying with McLaren, its Formula One team has announced a partnership with tools and storage company Stanley Black & Decker.

The US manufacturer will support McLaren at and away from the track by outfitting the team with a range of tools. The partnership will also include engagement events and experiences, with Stanley Black & Decker securing branding on the rear wing endplates of the McLaren race cars and race suits.

McLaren head into this weekend’s British Grand Prix third in the constructors’ championship, with drivers Lando Norris and Daniel Ricciardo sitting fourth and eight in the drivers’ standings, respectively.