The McLaren Formula One team have worked with technology partner Dell to develop a new computational fluid dynamics (CFD) wind tunnel for this season.

With the introduction of a budget cap for this season, Formula One teams now have to be much more careful with where they allocate funds. The virtual wind tunnel allows the racing team to spend money on other areas of research and development.

Teams previously used to take full-scale Formula One cars into a wind tunnel but now regulations are more restricted, teams need a greater degree of certainty in direction of development before undertaking those kinds of tests.

“In the development of the car, we just did a big piece of work to create a CFD wind tunnel. We call it a high performance cluster (HPC) computer.

“So, that [allows] more and more digital simulation of the car, which gives you more digital wind tunnel hours, which reduces the amount of time you need to spend in winter.

“You get faster development of a car which, if you talk to the guys at McLaren, they’ll tell you it’s been a huge advantage for them, especially coming into this year with a change in the aerodynamic [regulations].” 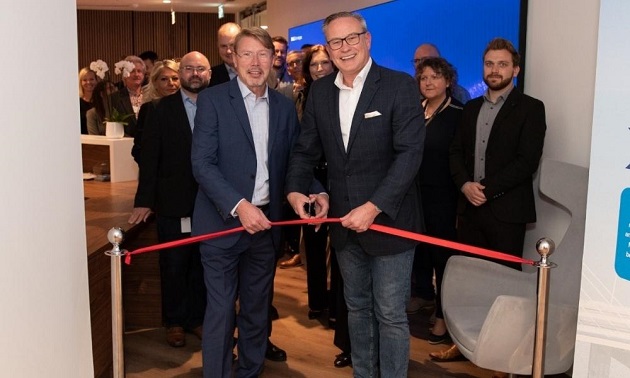 Dayne Turbitt spoke to The BlackBook at the opening of Dell's new executive briefing centre in London, unveiled with the help of former Formula One world champion Mika Häkkinen.

Ever since the International Automobile Federation (FIA) clamped down on unlimited testing for Formula One teams in 2009, data simulations have become much more important. So, the new CFD wind tunnel was vital for this season, something that was a race against time to get completed.

“We were under extreme pressure to get the HPC [computer] by a particular date,” outlined Turbitt. “Otherwise, they couldn’t use it for the year and then there would have been a significant disadvantage.

“[The cap has] impacted what decisions are made by when, when to make what investments, what is the lifecycle of those investments.

“If, logically, I can buy one every year, now I have to buy one [and] it has to last two years because I have to spend money on a driver. You have to be a lot smarter on how you use your cap.”

Increasingly Formula One teams, who have high levels of expertise in engineering but less in technology, have turned to partners to help bridge the knowledge gap. Dell and McLaren first teamed up in 2018, with the solutions firm leant on heavily to provide assistance with data at the track, as well as for analysis at the team’s headquarters.

Turbitt said: “What’s interesting from our perspective is [McLaren] dismantle, move, and re-erect a data centre at every race.

“During race week, all the data that was collected is processed, scenarios are being run, adjustments are being made.

“That’s why it’s so important to have infrastructure that you can then process in the race.”