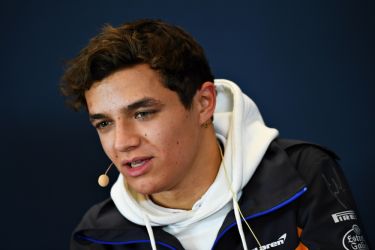 On its part, Darktrace gains visibility across McLaren’s inventory, including sensors on each of the Formula One team’s cars and branding on their rear wing, as well as the race suits of drivers Carlos Sainz and Lando Norris.

McLaren Racing’s chief executive, Zak Brown, said: “Data is the lifeblood of our racing strategy and so strong cyber resilience is key to our success on the tracks.”

Darktrace chief executive, Poppy Gustafsson, added: “Cyber-attacks that seek to cause disruption to global events, as well as attacks that subtly steal coveted IP, are on the rise.

“We are proud that our technology is being trusted to automatically protect the McLaren team, enabling them to race to the finish line in the knowledge that their systems are secured by world-leading cyber AI.”

On the track, McLaren will hope to build on their fourth-placed finish in last season’s constructors' championship when the new campaign begins in March.