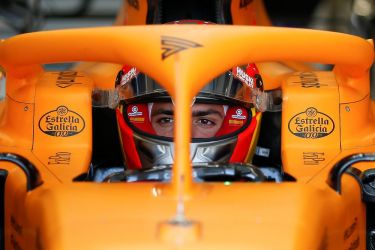 Under the terms of the deal, which begins in time for the upcoming 2020 Formula One season when it gets underway in Melbourne this weekend, Buzz will feature branding on the inside rear-wing endplate of McLaren’s MCL35 car.

McLaren’s chief executive Zak Brown said: “This innovative new partnership with Buzz & Co will allow us to deepen our connections to businesses and fans alike in our key market of Japan.

“I am pleased to welcome Daisuke-san into our extended team and look forward to taking to [the] track together this season.”

Daisuke added: “McLaren was my favourite team when I first attended a Grand Prix at Suzuka in 1987. They have had a glorious past and I believe our partnership has an exciting future.”

McLaren have also announced an extension to their 21-year partnership with Japanese manufacturer Yamazaki Mazak, which sees the brand continue to supply CNC tools to the team and in-house infrastructure at the McLaren Technology Centre, based in the UK.

Mclaren’s production director Piers Thynne said: “In our sport, upgrades to the car need to be produced and delivered efficiently and to an exceptionally high standard and we thank Mazak for continuing to help us do this.”

Richard Smith, managing director for Yamazaki Mazak’s European operation, added: “Formula One is one of the most demanding and unpredictable sports in the world and, from an engineering perspective, there is no other environment like it.

“The pressure on a team’s machine shop to quickly produce precision parts that can stand up to the rigours of a race weekend is colossal.”