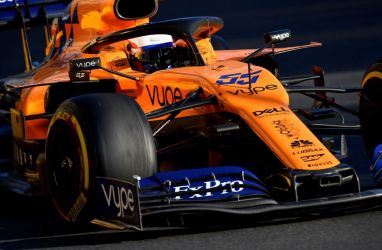 Motorsport’s McLaren Racing team are expanding their sponsorship agreement with British American Tobacco (BAT) from 2020, according to Bloomberg.

Under the new terms, the British racing outfit will allocate more branding on their cars in Formula One for BAT, including its Velo oral-nicotine brands, to go alongside its Vype and Vuse products.

The company is also set to become an official partner of McLaren when they return full-time to North America's IndyCar series next year.

BAT withdrew from Formula One in 2006 when tobacco advertising was banned from the sport, only to return earlier this year to promote its electronic smoking alternatives, with the company’s vaping brands emblazoned on McLaren’s cars.

But the partnership has courted controversy, with health officials arguing that BAT’s campaign to focus on its commitment to ‘providing less risky tobacco and nicotine choices’ contradicts Formula One’s rule prohibiting the promotion of tobacco-based products.

This season, BAT opted to pass on their advertising rights for specific products to other brands during select races. This included Seven Eleven for the Australian Grand Prix and Dufry for Brazil, while also changing spots on the car to include its slogan ‘A Better Tomorrow’ in China.

Vaping is also facing a backlash in the US after it was linked to lung illnesses, with BAT lowering its outlook for sales growth from new products due to the slowdown in the country. Bloomberg reports that the company has invested US$4 billion in new product categories in the past five years as the tobacco industry introduces more alternatives to smoking.

While the BAT renewal has yet to be formally confirmed, McLaren have announced a Formula One partnership with Automation Anywhere to integrate artificially intelligent software robots (bots) into their race operations.

Automation Anywhere’s brand will also be represented on the MCL35 race car, the race suits of the team’s drivers and on race operation equipment.

“To perform in this sport, we need to be at the forefront of technological advancements and empower our people to apply their thought and focus to chasing marginal gains on track,” said Zak Brown, the chief executive of McLaren Racing.

“Automation Anywhere’s sophisticated technology will help us do this, and we’re looking forward to working together in the coming seasons.”