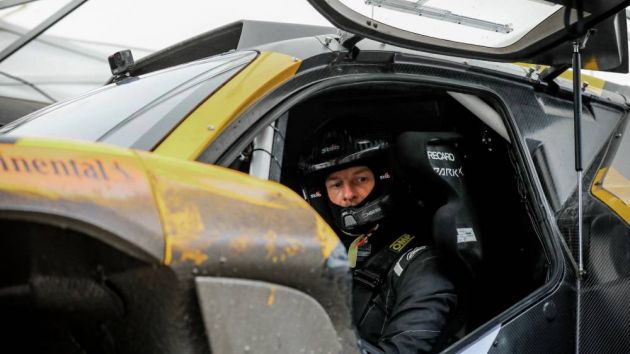 In a brand move towards electric racing, Lotus Engineering is set to support the team technically throughout the season with experience it has gained during the of development of its electric Evija model.

"Lotus is a great British brand that is inextricably linked to motorsport, so we are delighted to welcome Lotus Engineering to JBXE," said Button, who will drive for his team.

"Extreme E is a unique and exciting formula, full of "world firsts" and challenges, and to announce that a brand such as Lotus Engineering is coming on this journey with us is a proud moment for myself and the team.

"We are very excited about our new technical partnership and can’t wait to show what we can do in the first race this weekend."

With a focus on sustainability, Extreme E's first season is set to visit locations impacted by climate change, such as Saudi Arabia, Senegal, Greenland, Brazil and Argentina.

Staying with Extreme E, Veloce Racing has announced a new partnership with software company XCDS for the first race of the season in Al Ula, Saudi Arabia.

XCDS branding will feature on Veloce's challenger for the inaugural race as the company branches into electric racing for the first time.

"XCDS have obviously had a fair amount of experience with sponsorship in motorsport, so it’s great to be able to add the Veloce Racing name to their stable of sponsored teams," commented Daniel Bailey, chief executive at Veloce Racing.

"I think I speak for everyone when I say we’re tremendously excited to see what the future holds for this partnership."