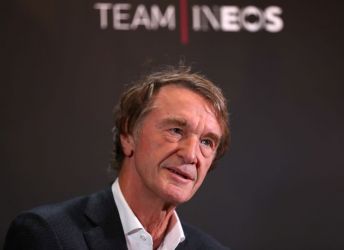 The Mercedes Formula One team are set to announce Ineos as a new sponsor for the 2020 season, with the petrochemical company paying UK£20 million (US$26.2 million) per year to grow its sporting portfolio, according to the Financial Times.

The deal will apparently be announced in weeks, with Ineos branding set to feature on the Mercedes race car from the global motorsport series’ season opener at the Australian Grand Prix in March.

The deal will strengthen ties between the two parties, having already penned a technical knowledge-sharing agreement back in December. This will see Mercedes’ Applied Science arm work with Ineos’ sports division to tackle technological challenges across their respective sports and identify ways to improve performance.

Whilst Mercedes’ Formula One future beyond 2020 has been questioned, given their contract with the series ends after this year, reports suggest that the deal is not a prelude to an Ineos takeover of Mercedes. Ola Kaellenius, chief executive of Mercedes’ parent company Daimler, was recently forced to issue a denial that it was weighing up an exit from Formula One after the conclusion of the upcoming campaign.

The brand also funded Eliud Kipchoge’s successful attempt to become the first man in history to run a sub-two-hour marathon.