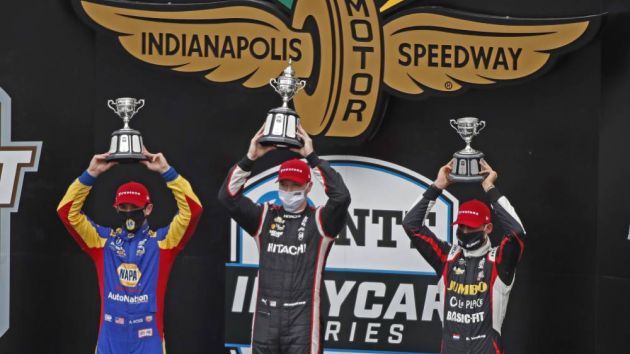 American open wheel racing series IndyCar has announced a host of new broadcast deals ahead of the start of the new season in Alabama.

In Europe, Sport 1 has secured the rights to broadcast the 2021 season in Germany, Austria and Switzerland. Sessions will be available to watch live on the network’s premium platform - Sport 1+, with select highlights available on Sport 1.

Global digital sports media company DAZN has agreed a deal for its global platform that covers 60 territories globally, including Italy, for 2021.

Arena 4 will broadcast the series in Hungary, whilst Sport Extra has secured a deal to showcase the on-track action for a second year in Romania.

IndyCar has secured a selection of broadcast deals in new nations for the series in 2021. These include a deal with Discovery covering Poland and the Indian sub-continent. TV Arena Sport will broadcast IndyCar in Serbia, Croatia, Montenegro, North Macedonia Slovenia, as well as Bosnia and Herzegovina.

In Asia, Fox Sports is set to broadcast IndyCar to an audience in China, Mainland Hong Kong, Malaysia, the Philippines, Singapore, and South and North Korea.

In total, the series will be available to watch in 206 countries on 26 worldwide broadcasters.

"The stars of the IndyCar series resonate in every corner of the globe, and our broadcast partnerships will bring our sport to a wider international audience in 2021," said Mark Miles, president and chief executive of Penske Entertainment Corp.

"This growth and excitement are in line with what we’re seeing on the track with breath-taking racing, compelling storylines and engaging personalities featuring our defiant athletes. These new partnerships add to our momentum as we launch the 2021 season."