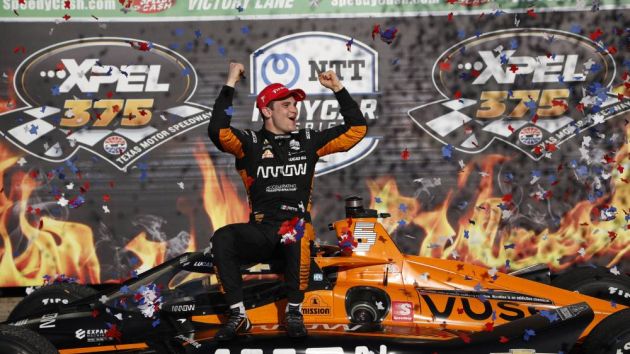 American open wheel racing series IndyCar has reached its highest ever viewing figures on NBC and NBCSN, according to the US broadcaster.

Across the first four races of the 2021 season, IndyCar viewership averaged 719,000 viewers, marking it as the best season start since 2017 on broadcaster ABC.

According to NBC, viewership was up by six per cent in comparison to 2019 and was the best start to a season in NBC Sports history, excluding the Indianapolis 500.

The two April races, which took place at Barber Motorsports Park and on the streets of St. Petersburg, averaged a total audience delivery (TAD) of 1.06 million, a 16 per cent increase on 2019.

The most impressive viewing figures came from the Grand Prix of St. Petersburg, which averaged a TAD of 2.25 million on NBC, making it the broadcaster's most-watched afternoon IndyCar race ever. This does, however, exclude the Indianapolis 500.

NBC also revealed that the two Texas-based races that took place last weekend averaged a TAD of 363,000 viewers on NBCSN, a remarkable 22 per cent increase from 2019.

Both the series and broadcaster are hoping that this upward trend continues at the next race, the Grand Prix of Indianapolis on 15th May.