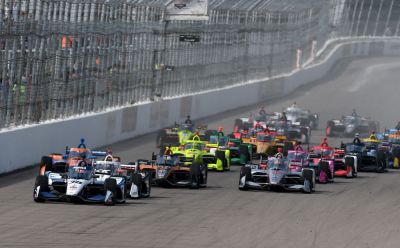 The IndyCar Series has announced that it will race on the streets of Nashville for three years from 2021.

The inaugural Music City Grand Prix will take place from 6th to 8th August next year, with a 2.17-mile temporary track taking drivers through downtown Nashville and around Nissan Stadium, the home of the National Football League’s (NFL) Tennessee Titans, which will also serve as the paddock for the race.

The three-day event is set to feature live music performances from top artists, as well as food experiences and other forms of entertainment.

It marks the first time that North America’s premier open-wheel racing series has added a new street course since 2013, when it held an event in downtown Houston.

The deal also includes the potential for a longer-term arrangement beyond the initial three-year agreement.

“Nashville is a world-class city and global entertainment capital that provides an exceptional platform for our series,” said Mark Miles, president and chief executive of Penske Entertainment Corp, which owns IndyCar. “From professional sports teams and top live music acts to a burgeoning food and culture scene, it is a perfect home for a racing event of this magnitude."

Elsewhere in US motorsport, the National Hot Rod Association (NHRA) has announced a multi-year extension of its broadcast partnership with Fox Sports.

The deal will see the US broadcaster, which first partnered with the drag racing body in 2016, continue to show all NHRA Mello Yello Drag Racing series competitions across Fox, FS1 and FS2.

The new agreement includes expanded coverage on the Fox broadcast network and cable channel FS1, in addition to five hours of Finals coverage at the NHRA US Nationals over Labor Day weekend each year.