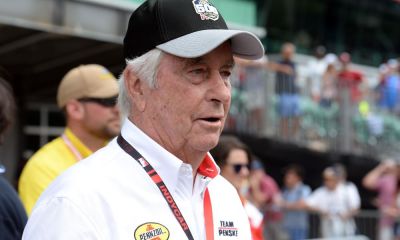 The financial terms of the purchase have not been disclosed, but a document obtained by the Associated Press said the deal is expected to close in early January.

‘We have found the ideal steward of the company and its iconic assets,’ read the document seen by the AP. ‘Penske Corporation - with its 64,000-plus employees and more than $32 billion in consolidated revenue - will bring tremendous energy, leadership and resources to IMS, IndyCar and IMSP.

‘For a number of years, the Hulman & Company management and board have engaged outside advisers and experts to consider the full range of strategic options available. Ultimately, it was decided to focus on the possible sale of the company and finding a buyer that would be the best steward of the company and its iconic assets.’

The deal comes at a time when the IndyCar Series is enjoying improved television ratings and increased interest. The 2019 season saw domestic broadcast partner NBC Sports’ exclusive coverage increase by nine per cent over 2018, with an average total audience delivery of 1.105 million viewers across the network’s television and digital platforms.

The agreement also means that Penske, 82, will enter teams in a series which he owns starting from next season. Team Penske currently fields four cars in the IndyCar Series, while it also has several entries across the various tiers of stock car racing’s Nascar.