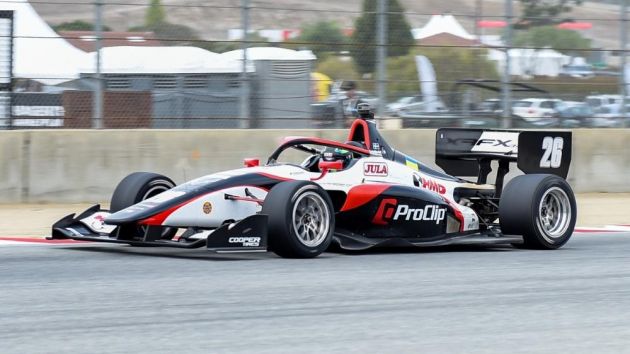 IndyCar has renamed its support series to Indy NXT, having been known as Indy Lights since 2008.

Longtime IndyCar partner Firestone has also been named as the presenting sponsor and tyre supplier for the 2023 season.

The rebranded series will stage 14 events across 2023, starting on the Streets of St Petersburg on 5th March.

The series' new focus will be to emphasise talent development, while extending the racing's reach and impact to a younger and emerging consumer audience.

“We look forward to being part of the journey as Indy NXT enters a new era and expands our partnership with IndyCar,” said Lisa Boggs, director of motorsports, Bridgestone Americas.

“Having been in the series previously, we know how important it is for the development of the next generation of drivers, and we are proud to support them again. Indy NXT provides opportunities for Firestone to engage with new audiences and develop and showcase our technology.”

IndyCar president Jay Frye added: “Indy NXT by Firestone will continue to develop and graduate new generations of racers ready to engage in breathtaking, high-stakes competition. Firestone is the perfect partner in this endeavor, with its innovative technology and authentic appreciation for Indy NXT and its vast potential.”

IndyCar took over the management and operations of the support series in 2022.