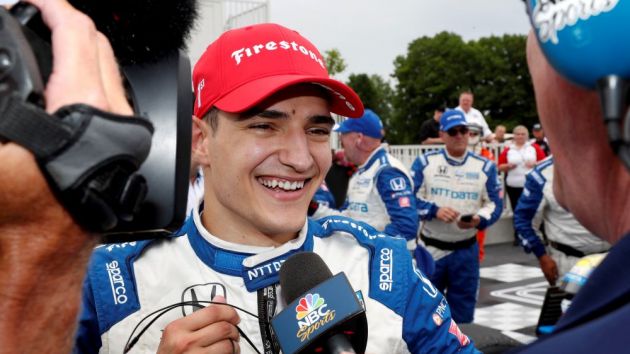 The partnership dates back to 2009, when NBCSN secured cable broadcast rights. NBC then became the series exclusive broadcaster in 2019 in a deal was reportedly worth US$20 million per year. The exact length and financial details of the new partnership is unconfirmed but IndyCar was reportedly seeking a contract of three or four years.

What has been confirmed is that NBC will remain the exclusive home of IndyCar, airing all races, practice and qualifying sessions, as well as the Indy Lights junior championship across it portfolio of linear and digital platforms.

From 2022, 13 races across the IndyCar season will be aired on NBC, with two broadcast exclusively on the premium tier of the Peacock streaming service. The remainder will be aired on the USA Network linear channel.

Peacock’s standard tier will stream all races on NBC and USA Network, as well as all qualifying and practice sessions, Indy Lights races and full-event replays.

"NBC Sports has been the ideal partner for the IndyCar series, bringing our bold and audacious style of racing to a significantly larger domestic audience and fully leveraging the power and scale of the Indianapolis 500," said Mark Miles, chief executive of Penske Entertainment, IndyCar's promoter.

"This new deal represents a significant expansion of our network TV exposure and sets us up for continued growth and success alongside a committed, innovative and world-class broadcast partner."

The rights extension follows several audience milestones for IndyCar and NBC Sports, as the 2020 Indianapolis 500 became the most viewed edition of the race since its 100th anniversary in 2016.

In addition, the 2021 IndyCar season has reached the highest audience on NBC Sports so far, with viewership up 30 per cent from 2020.

The 2021 IndyCar season continues on 8th August in Nashville, Tennessee.