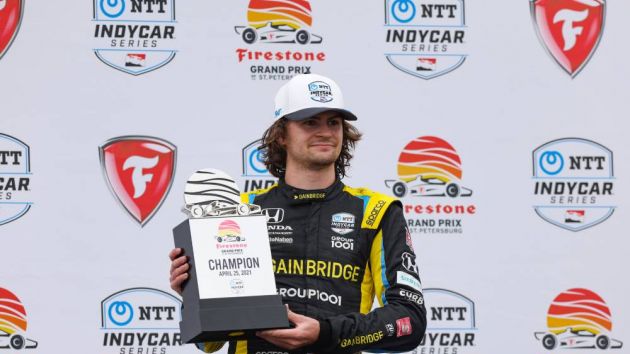 American open wheel racing series IndyCar has announced that the Grand Prix of St. Petersburg will remain on the schedule until at least 2026.

The Florida-based street circuit first hosted an IndyCar race in 2003, traditionally filling the season opener spot on the schedule.

In 2020, the race was pushed back to October, serving as the season finale due to the impact of the Covid-19 pandemic, with the 2021 edition also delayed. The race looks set to return to its traditional March slot from 2022.

"There is no better backdrop than downtown St. Petersburg and its picturesque waterfront for the Firestone Grand Prix of St. Petersburg to showcase IndyCar," said Kim Green, owner of Green Savoree Racing Promotion, the company behind the IndyCar race.

"The success and continued growth of the event has only been possible with the overwhelming support and collaboration with the City of St. Petersburg’s councillors, Mayor Kriseman and his fantastic team."

Confirming the continuation of the race is a relief to the series, which lost the Toronto and Portland races in 2020 due to the pandemic. In May 2021, it was revealed that the Toronto race had also been cancelled in 2021 due to strict Covid-19 protocols in Canada.

The 2021 IndyCar season continues on 12th and 13th June with the Chevrolet Detroit Grands Prix.