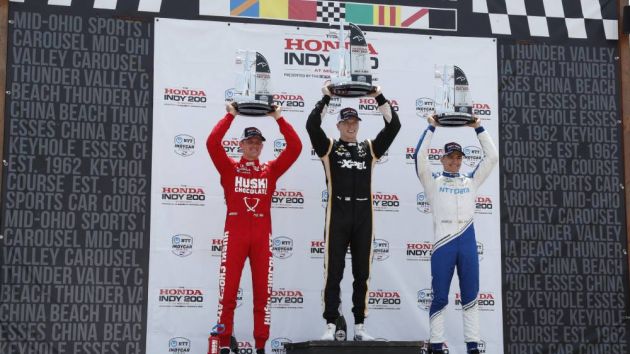 As part of the deal, Motorsport Games will produce and distribute IndyCar video games, with the debut title set to launch in 2023.

The partnership also includes an esports agreement, featuring team and driver collaborations, that could begin in 2021, although no official announcement has been made.

IndyCar does not currently run a dedicated esports championship, but briefly hosted the IndyCar iRacing Challenge in 2020, when the racing season was suspended due to the Covid-19 pandemic.

"Our partnership with Motorsport Games will bring the fierce competition of the IndyCar series to a global gaming audience hungry for quality motorsports content," said Mark Miles, president of Penske Entertainment, the parent company of IndyCar.

"Like the talent and depth of our field, IndyCar’s universe continues to expand and grow rapidly.

"Motorsport Games is an industry leader with a track record of innovation, and we know our fans will have 2023 and the debut of this new IndyCar video game circled on their calendars."