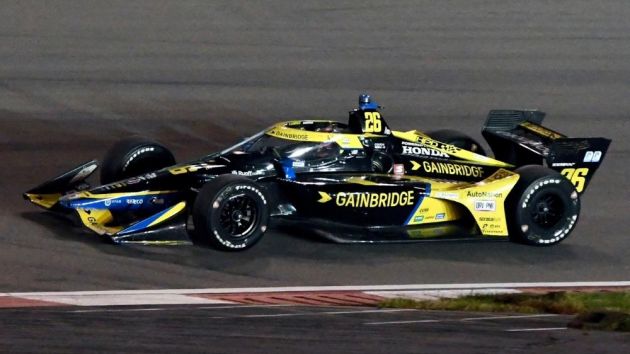 The Andretti Autosport IndyCar team have renewed their sponsorship deal with Gainbridge until 2027.

Gainbridge, which is the primary sponsor of Colton Herta, has been aligned with Andretti Autosport since 2018, and it has backed the young American driver in all his seasons in the IndyCar series.

The two had only recently extended their contract in 2021, with the current deal set to expire at the end of the 2023 season.

“Colton is a true talent in a race car and has natural determination that makes him want to win. He’s a strong competitor and a good teammate. I’m looking forward to seeing what Colton and Andretti can continue to achieve together.

“We’ve been really proud to represent Gainbridge, and to have given them their first racing victory with Colton in 2020 — and four more since.

“On and off the track, we share a commitment to compete at the top level and look forward to seeing Colton return to victory lane in the yellow-and-black Gainbridge colors.”

Dan Towriss, chief executive and president of Group 1001, the parent company of Gainbridge, added: “Gainbridge is proud to continue its successful relationship with Andretti through this new contract extension with Colton.

“We have high hopes for both Colton and Gainbridge and believe they’re destined to become household names.

“With his natural talent and winning spirit, Colton won’t stop until he changes the landscape of racing. He’s the perfect representative for Gainbridge, who is changing the landscape of financial services.”