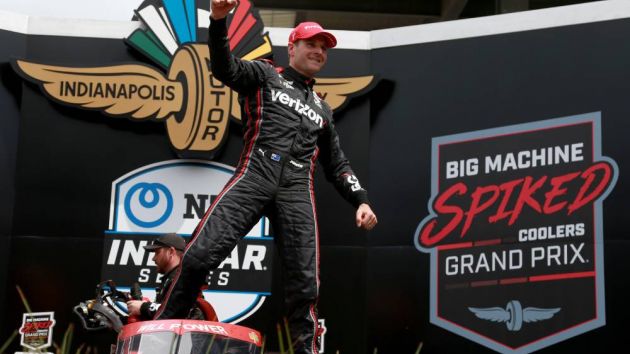 American open-wheel racing series IndyCar has announced that a record-breaking 14 events will be aired on NBC Sports following the unveiling of the 17-race 2022 calendar.

In July, IndyCar struck a deal with NBC Sports which would see 13 races broadcast on the network in 2022. However, one more has been added since, meaning the 2022 season will have the most events on NBC Sports in IndyCar history.

"This schedule continues to build on the growth and momentum the IndyCar series has achieved, especially in 2021," said Mark Miles, president and chief executive of Penske Entertainment, IndyCar's promoter.

"Our terrific partnership with NBC Sports has led to a fantastic opportunity to place an unparalleled 14 events on broadcast television while completing the rest of the schedule with USA Network and Peacock.

"Our drivers and teams will give the fans a strong, earlier start with six consecutive races on NBC, building even more anticipation for the crown jewel of the Indianapolis 500 in May. Our summer schedule also is full of action, with no extended breaks in the calendar, leading into the crowning of a champion on the West Coast with our last two races also on NBC."

The 2022 season opener in St Petersburg, Florida, has been moved to 27th February. The remainder of the season will run until 11th September with the closing race in Laguna Seca, California.

Additionally, IndyCar's famous Indianapolis 500 will take place on 29th May. The 2021 edition of this event marked the most-watched since the 100th anniversary of the race in 2016.

After a one-year hiatus owing to the Covid-19 pandemic, IndyCar is also set to race in Toronto, Canada, in July and will make a return to Iowa Speedway on 23rd and 24th July.

Miles added: "This is an excellent schedule for the 2022 IndyCar series championship. This calendar provides a level of balance between temporary street circuits, road courses and ovals, and that variety and required versatility from our drivers are important, distinguishing attributes of IndyCar series racing.

"The continuity among our events and the growth in the number of teams showcase our strong positioning and continued momentum."