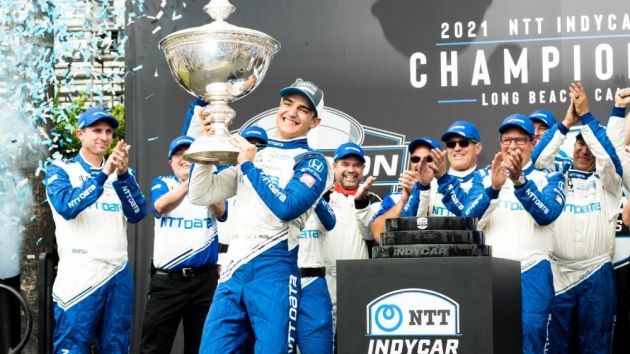 NBC Sports, the domestic broadcast partner for IndyCar, has revealed that its coverage of the American open-wheel racing series' 2021 season was the most-watched since it took on the contract in 2019.

Additionally, 2021 was NBCSN's most-watched IndyCar season on record and the series' best combined broadcast and pay-TV viewership in the last five years.

NBCSN also aired two of its top four most-watched events during the 2021 season, including the inaugural Music City Grand Prix in Nashville, Tennessee, which reached a TAD of 1.21 million. This made it NBCSN's most-watched IndyCar race ever and was the most-watched series race broadcast on cable television since 1998.

A statement from NBC Sports read: 'The 105th running of the Indianapolis 500 powered the NBC broadcast network to a substantial viewership increase this season. The 'Greatest Spectacle in Racing' averaged 5.58 million viewers, up 51 per cent v 2020 and up two per cent v 2019.

The 2021 Mid-Ohio IndyCar race also proved to be popular with NBC Sports' audience. The event scored a TAD of 1.3 million, marking it as NBC Sports' most-watched race to date, excluding the Indianapolis 500.