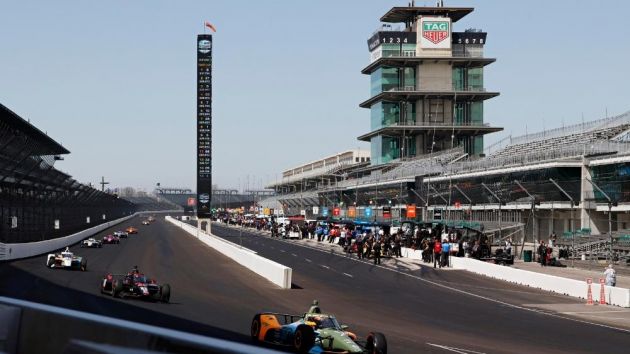 With less than two weeks until the 106th running of the Indianapolis 500, Indianapolis Motor Speedway (IMS) president Doug Boules has revealed the circuit is not expecting to sell out its 240,000 reserved grandstand seats.

Interest has still been high though, with IndyStar reporting that ticket demand for the race has not been surpassed since the event’s 100th running in 2016.

As of 13th May, Boles stated that around 90 per cent of the track’s permanent seating had been sold, including all of the venue’s suites.

“I think we’ll be really close to selling out reserved seats,” Boles told IndyStar. “I don’t think we’ll get there, but we’ll be close.

“[General admission] is still going to be a big crowd, but not like 2016 because that year, for a month, if people wanted to come to the race, [buying a general admission ticket] was their only choice.”

As is commonplace, residents within a certain radius of IMS are expected to be unable to watch this year’s Indy 500 live due to the television blackout. This is only lifted in the case of a sell-out crowd, which hasn’t happened since 2016. Prior to that, the local blackout was lifted in 1949 and 1950.

If the blackout remains in place for 2022, residents will have to wait for the tape-delayed broadcast of the race that will air on NBC on the evening of 29th May.

It is currently unconfirmed if those in central Indiana who have purchased a subscription for Peacock Premium, the NBC-owned streaming platform, will be able to watch the Indy 500 live.