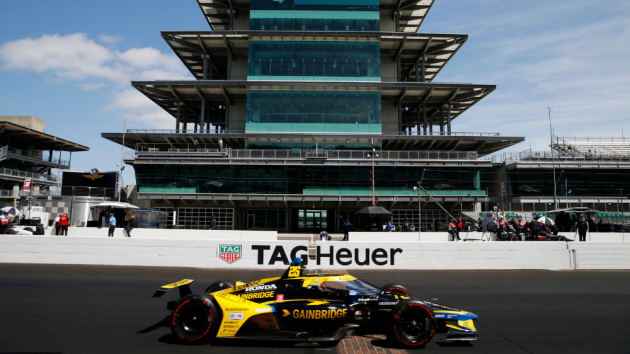 The Indianapolis 500 will continue to have financial services company Gainbridge as its presenting sponsor after a multi-year extension was announced by the pair.

The two parties initially signed a four-year deal in 2019, but Gainbridge chief executive Dan Towriss would not reveal terms of the latest extension.

In addition to its presenting role for this weekend’s 106th running of the Indy 500, Gainbridge serves as the primary sponsor for Andretti Autosport driver Colton Herta.

“We love it, it’s a great event, we feel the momentum building behind the Indy 500,” Towriss told The Associated Press.

“But also we have a tremendous partnership with Penske Entertainment. It’s given us access to build relationships and partners here through other sponsors or race teams. We get a lot of brand recognition and we need that brand awareness and credibility.”

The extended contract has also resulted in a revamped logo for the 2023 race, representing the iconic oval at Indianapolis Motor Speedway (IMS).

“Gainbridge is fully invested in racing as a vehicle for brand growth and understands the unique and global platform the Indianapolis 500 provides,” said Mark Miles, president and chief executive of Penske Entertainment.

“We’re excited to continue this mutually productive relationship between two innovative and trusted partners in their space.”