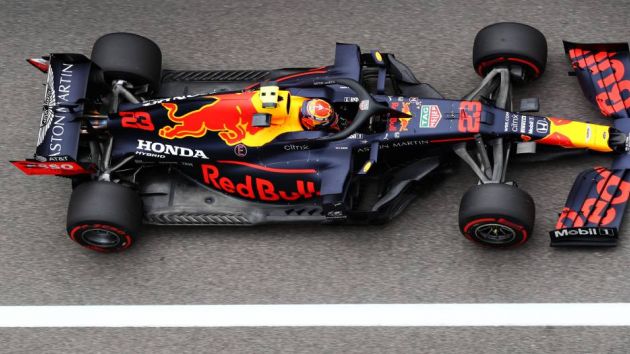 Honda has announced that it is leaving global motorsport series Formula One at the end of the 2021 season.

The Japanese manufacturer returned to Formula One with McLaren in 2015 before switching its efforts to Toro Rosso.

Honda then teamed up with Red Bull Racing and Scuderia AlphaTauri and achieved five wins, three last season and two in the current 2020 campaign.

'As the automobile industry undergoes a once-in-one-hundred-years period of great transformation, Honda has decided to strive for the realisation of carbon neutrality by 2050,' read a company statement.

'This goal will be pursued as part of Honda’s environmental initiatives which is one of the top priorities of Honda as a mobility manufacturer.

'Toward this end, Honda needs to funnel its corporate resources in research and development into the areas of future power unit and energy technologies, including fuel cell vehicle (FCV) and battery EV (BEV) technologies, which will be the core of carbon-free technologies.

'As a part of this move, in April of this year, Honda created a new centre called Innovative Research Excellence, Power Unit & Energy.

'Honda will allocate its energy management and fuel technologies as well as knowledge amassed through F1 activities to this area of power unit and energy technologies and take initiatives while focusing on the future realisation of carbon neutrality. Toward this end, Honda made the decision to conclude its participation in F1.”

Pierre Gasly’s victory for AlphaTauri at this year’s Italian Grand Prix saw Honda become the only power unit manufacturer to win with two different teams since the start of Formula One’s hybrid era in 2014.

Red Bull Racing team principal Christian Horner said: “As a team we understand how difficult it has been for Honda Motor Company to reach the decision to step back from Formula One at the end of the 2021 season.

“The shifting focus within the automotive industry has led to Honda’s decision to re-deploy their resources and we understand and respect the reasoning behind this.

“Their decision presents obvious challenges for us as a team but we have been here before and with our strength in depth we are well prepared and equipped to respond effectively, as we have proven in the past.

“Whilst we are disappointed not to continue our partnership with Honda, we are enormously proud of our joint success, delivering five wins and 15 podiums for both Red Bull-owned teams and we thank everyone at Honda for their extraordinary efforts and commitment.

“As a signatory to Formula One’s latest Concorde Agreement, Red Bull Racing remains committed to the sport in the long term and we look forward to embarking on a new era of innovation, development and success.

“As a group, we will now take the time afforded to us to further evaluate and find the most competitive power unit solution for 2022 and beyond.”

Honda's announcement comes as Red Bull Racing's annual account revealed the team spent UK£237.3 million (US$304.84 million) in finishing third in Formula One last season. The team acknowledged 'adaptions' would be needed to meet a US$145 million cost cap coming in for 2021.

The expenditure compared to UK£239.6 million (US$309 million) in 2018, when the UK-based outfit also finished third using Renault engines.