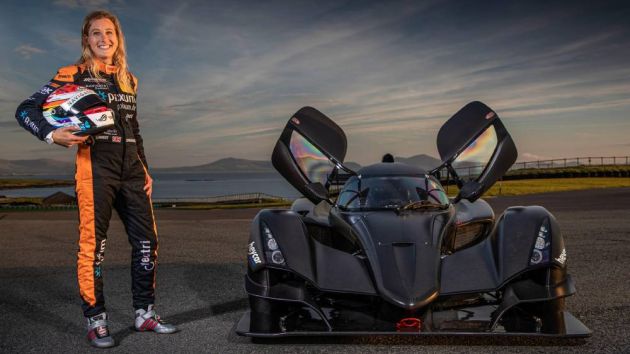 Heycar branding will feature on Martin's 2021 Team Praga R1 car and race suit for the duration of the season, having recently announced a series of talks, featuring Martin, that will focus on the importance of increasing diversity within motorsport.

Alongside a successful career in racing, Martin is a diversity and equality pioneer as the first transgender driver in motorsport. She has also entered the esports market after being one of Formula E's guest drivers for its 'Race at Home' challenge.

"It’s vital that people from the LGBTQ+ community are in all sports and all walks of life, and that they’re inspiring and encouraging others," Martin said in a statement.

"I’m so passionate about breaking down gender stereotypes, not just in motorsport and automotive, because people should do what they want to do and what they’re good at.

"That’s what motivates me to achieve success and be that person others can look to - and I’m incredibly grateful to Heycar that they share my passion and want to support me to do even more."